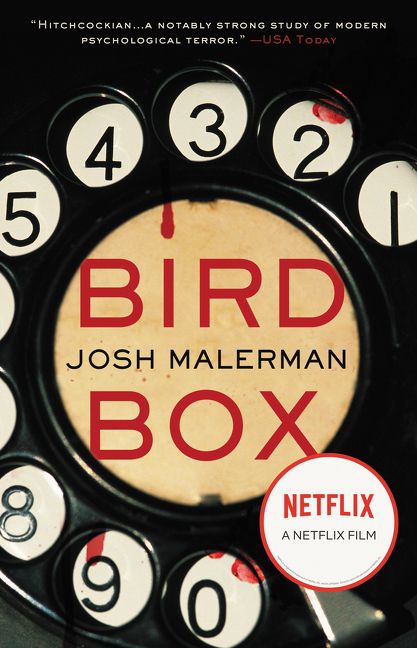 Bird Box has been on my radar for a while now—and not just because the Netflix movie came out, geez, people—from a couple book club discussion groups I was involved in. My New Year resolution is to read more for pleasure, which was the impetuous to pull my Bird Box copy from the bookshelf (okay, and somewhat because of a blindfolded Sandra Bullock blowing up my social media feed meme-style, but you know, whatever) and read that short and sweet book. And it is short—an easy hill to climb and conquer and finish reading in a couple days’ time.

I mean…look at this internet gold:

Bird Box got a solid 3.75/5 for me. I read it over the span of two days, catapulted into the story by the horror-survival genre and mysterious suicide-inducing creatures. I like the insanity-inducing Cthulhu monster take instead of the mind-bending aliens idea, but I don’t know what they really look like…more on this later. No time wasted here—the novel shot off like a rocket, and ping-ponged between the future where our protagonist, Malorie, escapes her compound-like house with two four-year-olds to travel down the river and find safety with other surviving humans. The flashback portions of the novel focused on the arrival of the creatures and Malorie’s first experience living with a bunch of poor mannered, terrified  similar survivalists.

The good? The unsettling ambiance. Some scenes sent chills up my spine. The close-eye writing style kept the bits of survival-fear real. That little kid? Spooky, man. 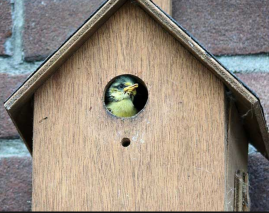 Plus, is there any way I can have assurances that my four-year-olds will be smart as all get-out? Malorie’s at-times cruel motherhood style created superhuman children, but I know young children are capable of incredible things. Hell, I’ve learned how kids overcome developmental issues when the adults are convinced all they can do is goo-goo ga-ga. Malorie denied her children milk if they kept their eyes open. She made them sleep in chicken-wire cages draped in black cloth. Her training was made of iron and steel, not comfort and cuddles, yet if she hadn’t implemented some sort of militaristic-parenting, there’s a chance they might not have survived as long as they did. She relied on her children to keep her safe, relied on the skills she’d honed within them. In a way, they were tools, only granted the titles of civilization—actual names—when they’d finally found some semblance of safety that wasn’t based completely on Malorie’s actions and the responsibility on her shoulders. Out there, they are Boy and Girl. Within a reconstructed civilization, they are Tom and Olympia.

I think that unbelievable fascinating.

A great portion of the book was composed of Malorie mentally spiraling. She constantly overthought her decisions and choices, running through what could happen over what was happening, the span of a page only a couple of seconds. This definitely composed a great amount of the horror in the novel—in a world where the creatures will drive you insane enough to kill yourself, it’s not hard to double back on everything you do, whether it be parenting techniques or trusting someone who’s asking you to take off your blindfold. This was probably what I’d be thinking if I were dropped in an apocalyptic world. I’m notorious for my indecision…but that doesn’t mean I want read about my own mind.  The one-liners and sentence capitalization emphasized the franticness, and at moments, the story felt claustrophobic. You, the reader, were captured inside Malorie’s thoughts—which turned and turned like the widening gyre.

This was a fine line for me. As the novel raced to a finish, the internal survival angst propelled the plot, but it became wearing, especially when I desperately wanted more creature/monster development.

The monsters! What could they be? Gah, how my little Cthulhu heart yearned for some glimpse of Bird Box’s world-breakers. Yet, I can’t let this be a negative toward the story. It wouldn’t be fair. Letting Malorie glimpse the creatures without killing herself would violate the established rules in Bird Box.

Yet, why were some people able to see the monsters and not become suicidal? Gary, our antagonist, had a cult-like reverence for them, had become somewhat of a Renfield to the Cthulhu-Dracula. Gary felt like a loaded gun that sat in the corner—constantly casting dread, but never actually doing anything. He did his one somewhat-big initial villain act—and then disappeared for the rest of the book.

He had a greater role to play, yet, yet he was never resolved, and then he became a topic that Malorie spiraled about. An anxiety-inducing plot point with no meat! I think that’s why I felt so underwhelmed after I closed the book. Something central to the story was missing—he was the link that could develop the creatures, develop the world, lend a kind of eye-witness account that would upend the eeriness into true horror.

Oh, yeah, and I did watch the movie after I finished the book. I’ll always be a sucker for Sandra Bullock and she pulled off Malorie’s franticness quite well. There was a gut-wrenching moment when she had to decide between the two children, and that scene made the movie for me. The analysis of Malorie becoming a mother and what it means to her—beyond the influences of her lover or her sister—could shape an essay, and in this Ted Talk I will…

← The Dark Tower: The Drawing of the Three Setera Silence Thoughts
Favorite Podcasts from Nightmare Magazine or These Ears Are Made For Listening and That’s Just What They’ll Do! →