I Have Asked to be Where No Storms Come

The fact of Domino’s afterlife is simple: he’s a half-breed witch from a people without a name, living out a cursed Butch Cassidy existence… and no one wants to be stuck in Hell with witch blood. When he discovers demonic bounty hunters on his tail, he is shocked to learn they were hired by his brother. Wicasah, wielding insurmountable power, has struck an ill-made bargain with an ancient being of lighting and thunder to resurrect Domino from his terrible fate. Yet, the two discover an even darker power resides within a fractured United States, one that will stop at nothing to be released. Desperate to escape their own destinies, the two must decide if they will save the world… or let it burn. Full of grit and heartache, this thrilling ride delivers a story of fate versus free will, and family versus the world against the backdrop of a fractured reimagined Wild West.

Ancient monsters of destruction rise from rifts that dot the landscape, pushing known civilization to its downfall. As her homeland falls into chaos and political intrigue arises, Eos — a celestial healer with a trice-split soul — battles the consequences of her ever-increasing powers to close the rifts connecting her world to an unknown, dangerous underworld. Erigenia, the parasite on her soul, has severed her link to Eos in a reckless bid for independence. As her magic fades, Erigenia is hunted by an old foe driven insane by revenge. As Eos grapples with Erigenia’s increasing demands on her life-force and her own demons, a greater plot unfolds, destroying everything Eos has ever known… and revealing her true allies and enemies.

Sharks of the Wasteland

Subject T—Thresher—never expected to be free from his life as an experiment, but now that he’s escaped into the outside world—a world transformed after the Yellowstone volcano erupted—he’s determined to never go back. Life as a genetically modified human never prepared him to face the dangers beyond the Facility, and he’ll only survive if the fascinating outsider, Mako, agrees to bring him along on his journey. Mako isn’t sure what to make of the wanderer he finds, except that the naive man can’t survive the environmental toxicity ravaging the landscape. That’s not Mako’s problem—not when there are warring tribes of survivors to maneuver, old enemies to confront, and an abducted sister to find. Yet when Thresher reveals clues leading Mako closer to his destination, he realizes that this wanderer—this experiment—changes everything. 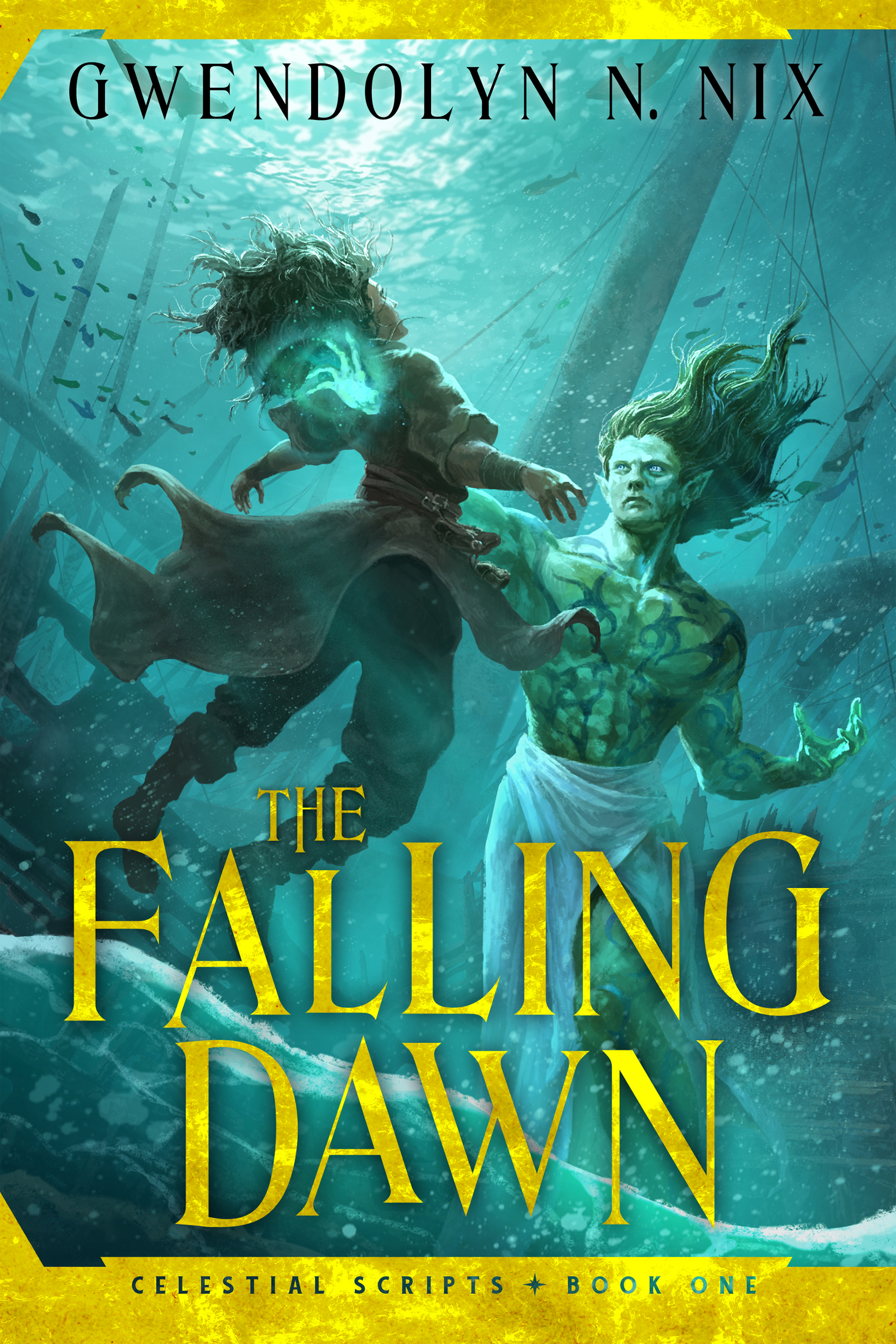 The Falling Dawn: Book One of Celestial Scripts

From the dregs of society, Eos soon becomes immersed in a world of ancient texts and falling angels, tasked to find the sacred Book of Raziel and stop a war in heaven. The secrets of the book will lead Eos down a path of betrayal, pitting her against those she loves, as well as causing her to cling to her crumbling sanity when a split personality entity arrives, heralded by the onset of Eos’ burgeoning powers. Soon, Eos finds herself in the clutches of the Master of the Oceans, where she must convince him to give her the sacred book. His price? Her soul.

On Kickstarter Now from Outland Entertainment

These are the stories of Pileaus, a world of music, magic, and endless mystery, brought to readers by ten authors in this anthology short tales. While the Empire expands, the bards scheme, and the ethereal Fae play their immortal games, life goes on in countless ways. What is the essence of a land but its people, as their small parts weave together to form a beautiful symphony?

Once, they ruled the Earth… Dinosaurs. Apex predators. Prehistoric creatures, whose very steps shook the crust of the Earth. Monsters of nightmares — or mighty creatures of honor? In these pages, you’ll find dinosaur riders in the future and past, a queen facing the apocalypse of her people, two drunken scientists and their time-traveling chicken, even a hunter who makes the ultimate sacrifice for his clutch. Some of the heroes are dinosaurs. Some are human. And some are something else entirely. Are you prepared to meet them, tooth and claw?

Where The Veil Is Thin

These are not your daughter’s faerie stories…Around the world, there are tales of creatures that live in mist or shadow, hidden from humans by only the slightest veil. In Where the Veil Is Thin, these creatures step into the light. Some are small and harmless. Some are bizarre mirrors of this world. Some have hidden motives, while others seek justice against humans who have wronged them.In these pages, you will meet blood-sucking tooth fairies and gentle boo hags, souls who find new shapes after death and changelings seeking a way to fit into either world. You will cross the veil—but be careful that you remember the way back.

Sisterhood of the Blade

Three women pull off what was thought to be a man’s job in 17th Century France in a new anthology from Battlefield Press.

In an age when it is not proper for a woman to be a soldier, three bright, savvy, and well-trained female warriors must hide who they are when they accept the burden of protecting and helping their queen. But once you meet these three musketeers, you’ll realize proper was never a concern. Together their tales are more than just a female version of the Three Musketeers, but a reimagining as if the queen had her own special guard.